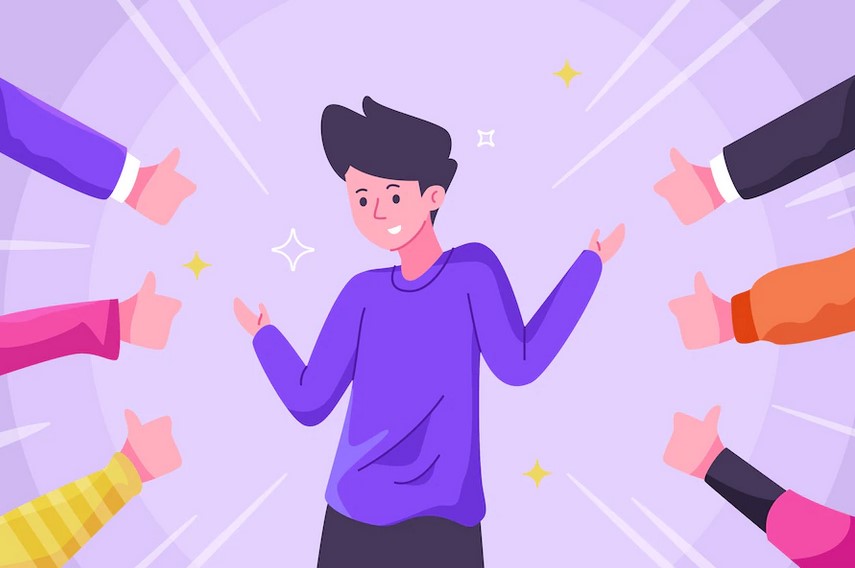 Each personality is as unique as a star of the galaxy would be. A personality could range from being soft and docile, empowering or robust, inspirational or admirable or a beautiful blend of all.

Personality development is making attempts to enhance the inner and outer abilities of one in a way that the person stands out, and has a life led a lot more optimistically and gracefully. At the time when teens grow, they develop into a transition period wherein any fresh ability when seeded would stay life-long in them. Each individual has one quality that stands out in billions and when there is a polishing of that quality that takes place, the sky would be the limit in that case. The enhancement of the trait could be in terms of refining speaking abilities, widening the horizon of intellectuality, developing lucrative hobbies and most importantly imbibing oneself with utmost positivity, so that positive impact as a result is left on others.

Following are some qualities which a leader should possess, so work on yourself on being:

leaders have the inborn quality to differ from the herd and to have paths constructed their way no matter how nerve wrecking the situation turns out to be , leaders let the ideology of innovation always bubble up to the surface. Children mainly when making attempts to create new things could be artistically or otherwise must be encouraged by the parents because they are giving rise to a leader.

Moving ahead with positivity and confidence making efforts do bounce back even after failing is one of the most significant traits of a leader. Taking initiative to complete a task with utmost positivity and confidence is what is to be present greatly in a leader.It should also be made sure that over estimation of the self should not be taking place. Children should be encouraged actively to participate in speech programs to boost their confidence.

It is difficult to have anything accomplished in the absence of passion, because passion would always help ignite the spark within one.  A passionate leader will always create a vibrant aura.

Although a leader is supposed to be having a robust and a strong personality everything would be in vain without empathy and understanding towards others. Along with being Powerful as a personality it is important for the individual to be generous at the same time. Child at a very young age should be developed in terms of emotions and empathy to flourish as a great leader.

A great leader is equipped with the ability to make decisions without being too doubtful or apprehensive regarding the same. This does not always mean that every decision taken would be in favour of the leader but it also does mean that the individual has the capability to deal with it. Parents have the tendency to always put forth their decisions and they stand correct at their end, but at the same time children should be made to realise the difference between right and wrong and therefore function as mature independents.

Turning out to be the centre of attraction and having millions of eyeballs gazing could be a really stressful position to be in. No matter how confident an individual is, the plight of being in the centre can be really palpitating and horrifying. Kids when at a very young age are made to participate in competitions that require speaking in front of the audience, get chills down their spine while doing so. Impossible as it may sound there is always a way to overcome stage fright or performance anxiety. Those ways stand as follows:

it is really important to understand that the fright would only last a minute and it would be easy to maintain the flow later. The fright, the anxiety, the shivering would just last for a minute or two henceforth speaking or performing would turn out be a child’s play.

2.“Thinking of audience as friends”:

The major threat or fear of the child that stands on the way of performing is by being made fun of for performing incorrect. When the child learns to believe that the audience is friendly or kind (even if they might not be, there’s no harm in believing) performing and executing becomes a lot more fun not only for the performer but even for the audience.

Having faith in the act of one, is another way of making the entire execution a lot more attractive and fun loving. Being doubtful and sceptical regarding the act of one would definitely lead to a shaky performance which has to be avoided.

There’s nothing that a broad smile cannot heal, keeping a smile constant will itself convey a beautiful response to the audience projecting confidence of one.

Being natural and visualizing the audience as the environment of home would ease the entire process of performing. Performing in front of a large audience can be nerve wrecking for the child. There are major chances that the child initially would sweat and shiver at the same time, would sense a warm chill down the spine and would also stammer on initial bases, but what stays important is to understand that this signs do not even last more than a minute and once there is a flow maintained, execution of the performance would turn out to be smooth and easy.

At the time of being vocal about one’s own thoughts it is quite important to consider ideologies of others as well with carefully listening without interruption. To become a powerful communicator it is very important to be an active listener not only for the sake of replying back but for being receptive to what others have to say. Listening carefully would help frame better quality response making one remarkable at speaking.

The magic of tones and voices :

Tone of the voice actually does give life and emotions to the speech.  Emphasizing on certain words, adapting to the right voice at the time of speaking, exclaiming when required are beautiful ways to establish an impactful conversation. Also it is important to remember that listeners have the tendency to interpret the message according to the voice of the speech.

Along with speaking remarkably the body posture of one covey much more than what basic words too. An erect back reflects a poise posture which indicates great amount of confidence; a constant eye contact would help building interest of the listeners, also smiling while speaking would generate positivity in the listener letting the conversation flow smoothly.

Rushing of words, making attempts to finish the conversation or a sentence as quickly as possible would reflect reluctance and disinterest in the speaker which should be avoided. The speech should flow slow and smooth so there’s time for the listener to absorb the message, also when the delivery of the speech is slower than required the listener would zone out immediately, so maintaining the correct pace is the key.

Being thoughtful of what has to be spoken increases the attentiveness in the listener. When there is a sense of emotions and warmth in the speech there is an establishment of connection or bond between the speaker and the listener.

Transforming from dull to dynamic:

Preparing halfway can give rise to a very shaky performance further leading to a downfall in the performance of one. There is nothing more powerful than a performance that is well-rehearsed.

There is no better sight than viewing your audience smiling all along which is the result of being humorous in your speech. Jokes often lift up even the dullest of the speech but also there has to be a fine line maintained, joking about sensitive issues should also be nit taking place.

Whether a dance performance or a speech delivery, utilization of the stage is a must. Stiffness of the body and restricting to one place usually portrays low confidence. A little management of the stage helps pull off a great performance.

Projecting respect to the audience is a way of winning their hearts, even the smallest gesture showing respect would help in winning over the toughest critics. Ending any form of performance with thankfulness is a great mark of a powerful act.

These are the tips to become a dynamic presenter after having practiced this, speaking in front of the audience would be the most loved art of one.

THE EMPOWERING LINK BETWEEN PERSONALITY AND APPEARANCE:

An appearance is the most easily noticed factor to relate it with personality. When talking about personality it does not really mean that you have to be extraordinarily good looking or you have to change your wardrobe every now and then and simply make yourself self -conscious. Following are the “pocket-friendly” ways in which you can seem as an inspiring personality by working on your appearance.

Considering health as a priority is being one step closer to a great personality, neglectful health can definitely hamper your personality making you feel weaker on the inside. Following are the ways to maintain a good health:

Including the right amount of proteins, carbohydrates, fats, calories in the diet is one of the most important healthiest forms of living. The nutrients received from such sources would make you agile and flush on to the skin making it glow and also making you a confident, strong personality.

Making sure that you exercise at least thrice a week for a few minutes would help in sculpting a great body. When referring to exercising spending hours at the gym and performing vigorous exercises is not even required, focusing on stretches would rather be more helpful in being active. Along with being physically strong a regime including exercises would also help structure a positive mind.

Know when to visit the doctor:

Regular follow ups of medical check- ups help in being healthy, to know if the haemoglobin has stooped down, having a check on the weighing scale are important factor on keeping a record but it is also important to know where there has to be a line maintained, gulping tablets as a habit, or keeping the doctor a sneeze away are all ill ways to seek medication.

The art of meditating:

Meditating acts like a spine for a great stable mind, to help health on track it all the more acts like a helpful aid.

Including time for meditating in the regime is a must to keep moving ahead optimistically. Meditating does not always mean being in an ideal posture, constant check on negative thoughts and to channelize them into positive onesact like keys to a happy , beautiful and a positive life .

Being presentable when presenting the outer world is a must to be remembered as a strong personality. Being appealing does not really mean spending the entire savings on clothes, being simple yet presentable would suffice enough

Making sure that the dress is well washed, crisp ironed and looks neat is a must before actually hoping into it. When the dress is white extra care must be taken to maintain the whiteness. First impression always lasts, thus it is important to dress accordingly.

Seeming neat and clean, smelling fresh and great are ways to upgrade the personality, staying so along with being appealing personality wise willalso help beingfresh mentally . The way you speak or deliver your thoughts verbally acts like a window to your personality, you cannot use obscene words and expect to be liked by everyone. Being thoughtful about the language while speaking is a sign of a great personality

Maintaining the aspects mentioned above could remarkably help you in sculpting the most ideal personality.